Several weeks ago I created the Wichita Area Tabletop Meetup Group because I was having a hard time finding a group of tabletop enthusiasts like me that wanted to play on a regular basis. Several people have joined and on April 27th we’re having our first meeting with the featured game, Ticket to Ride.

One of the members had mentioned that the local county extension office hosts a family board game event every other month and on April 13th they were having an all day “Mega Event” called Tornado Alley. I called and spoke to the organizer, Elizabeth Brunscheen‐Cartagena. She was so excited to tell me all about the event. I also learned of her husband, Bart who helps organize another group of tabletop enthusiasts here in town. Jackpot!

After weeks of anticipation, April 13th final arrived and I loaded up the whole family, not really knowing what to expect, and we drove to the extension office. 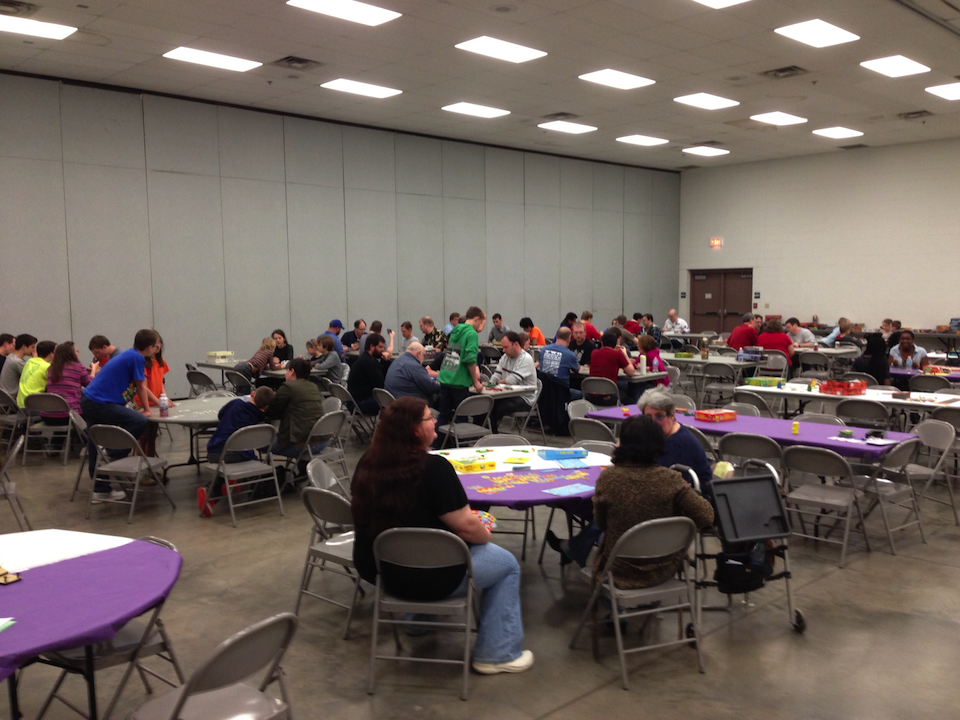 As soon as we walked in we were greeted with friendly smiles and told to play games and have fun. You can’t beat rules like that. I found Elizabeth and introduced myself and my wife. She then introduced us to Bart. We felt right at home and immediately went to a table and started playing a game. 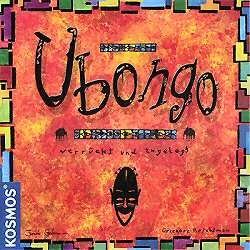 The first game we played was called Ubongo . We had never heard of it before but it was easy to learn and great fun. The basic idea is each person has a tile board (drawn from a stack) and have only about 60 seconds to put together a tetris like puzzle based on a dice roll and then collect jewels from the game board. Player with the most same colored jewels at the end of the game wins. 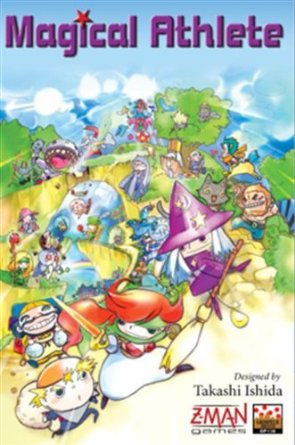 After a couple of games of Ubongo we moved on to a really fun little game called Magical Athlete by Z Man Games. All the players go through a draft for their athletes which are magical characters with special abilities. After the draft each player chooses one character for the first race. Rolling a D6 specifies how many moves. During each turn the character’s magical abilities come into play. The player getting 1st and 2nd place earn points. At the end of all the races, the player with the most points win. We’ve already ordered a copy of this game for our personal collection!

We took a break after a few games. I ended up playing a game with Bart and 3 other guys called Zombicide while the wife and kids played Pandemic, Loopin Louie, and another few rounds of Ubongo.

When I finally checked the time, 4 hours had blown by. We decided we’d had enough for one day and finally made it back home. We had a really great time, met some super nice people, and discovered some new games that we enjoyed. I’m excited to have met so many other people that enjoy tabletop gaming and I’m looking forward to getting together for more racing, zombie killing, and puzzle solving very soon.